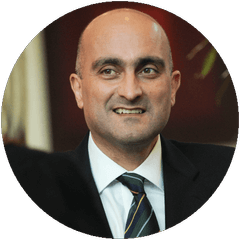 Brett joined the Metropolitan Police Service in 1978. After retiring as the Head of Counter Terrorism for the City of London Police in 2008, Brett is today the Chairman of the National Business Crime Forum; Chief Executive of the City Security and ResilienceNetworks (CSARN) covering the UK and Australia; Chairman of GeoReach Global Ltd;

Managing Director of Valentis Bridge Ltd and a co-founder and Director at both Anquan (Cities2050) and TriTectus Ltd. As Head of Counter Terrorism, he also had national responsibility for countering hostile reconnaissance within a successful and continuing public/private partnership called ‘Project Griffin’.

His work today address the full spectrum of counter terrorism, counter corporate espionage, business continuity, risk analysis and emergency planning issues featuring both nationally and internationally on defence and organisational solutions. He is the Chairman of the Defence and Security Committee in the London Chamber of Commerce and Industry; a Visiting Fellow at Cranfield University (UK Defence Academy); a Visiting Professor at the Marshall Centre (US Military), Germany; a Fellow of the Royal Society of Arts; a Fellow of the Security Institute; a Fellow of the Institute of Civil Protection and Emergency Management; a Liveryman of the Worshipful Company of Security Professionals and lectures at the Geneva Centre for Security Policy.

Brett was also the first senior officer in command of the policing response to the 7th July 2005 suicide bombings in London and sat on the Gold Group on this and other terrorist attacks. He trained as a Gold Commander to respond to Firearms, CBRN, Siege and Public Order incidents as well as operationally controlling covert human intelligence sources. As a senior investigating officer at New Scotland Yard, he applied his command training in coordinating assets to detect offences committed by paedophiles and bring them to justice.

Today, he is frequently asked to advise international corporate organisations and governments on defence and resilience strategies including the US Con-gress, the US Department of State and House of Representatives, the Euro-pean Government in The Hague, the sovereign State of Georgia (OSCE mis-sion), The sovereign State of Lithuania (OSCE mission), has worked with the National Counter Terrorism Board in the Netherlands and briefed the Danish and Croatian Parliaments.