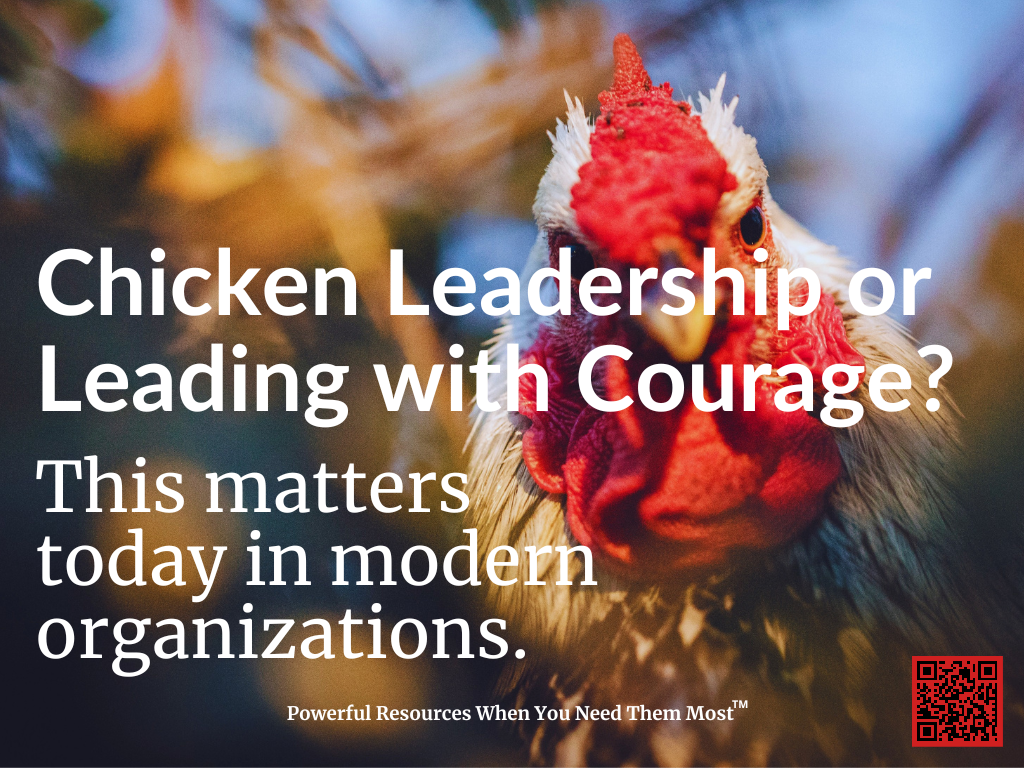 Courage is a precious commodity in human character and an important aspect to any effective leader’s ability to influence.  Courage comes from deep within and is always on tap, always vigilant and always sense-making for the right thing to do.

Courage is about confronting fear and is ultimately about personal sacrifice.  It manifests as a behaviour but is visceral and lies at the heart of one’s soul and one’s values.

When you see it in action – it is a thing of beauty. When you are on the receiving end of a leader who has gone the extra mile for you, lifted you up, taken the hit for you, put you first – then it is awe-inspiring.  It makes you come alive and feel like someone of value and worth – unconditionally accepted.  It is the closest thing to “love” in the workplace. The Greeks named it “Agape” or unconditional love.

Why a leader may be chicken?

Chicken is also defined as cowardice. Someone who abdicates doing the right thing for the sake of self-preservation even when his/her life is not in danger.  In other words, moral abdication.

Courage is about sacrifice and putting the other first. It is a virtue that one must be fully vested in.  You cannot be half courageous – either you are all in or you are all out. This is what separates the leaders from the chickens – courage!

It confronts fear straight up and welcomes self-sacrifice.  It does not seek its own but the well-being of the other.  Think of a parent protecting their child from any form of harm where the parent is all in without a thought to personal cost. 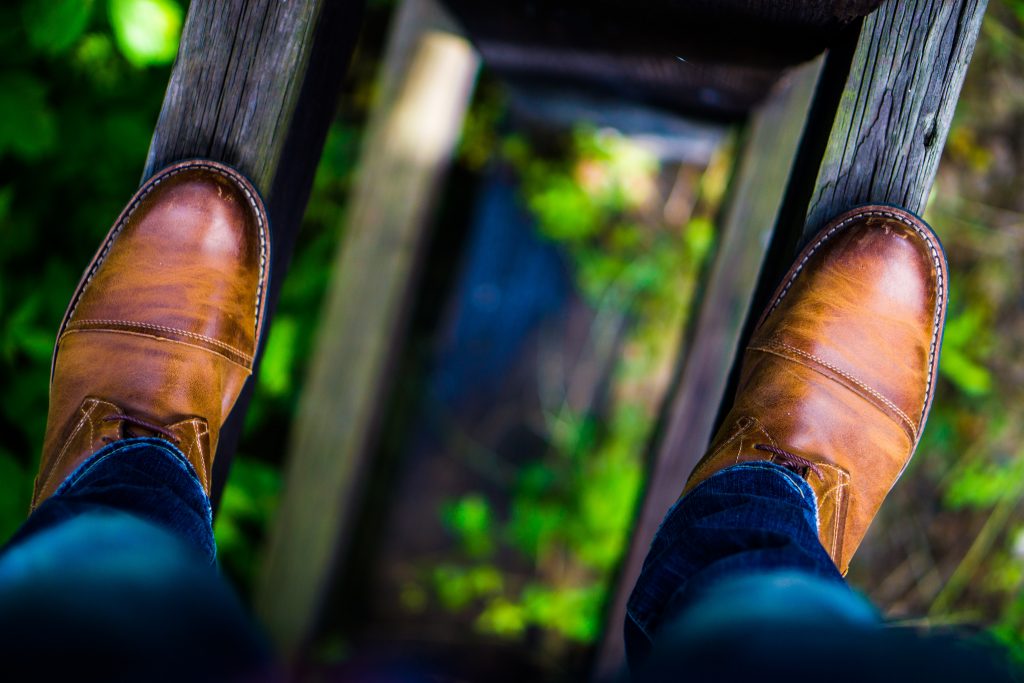 How cool would that be if all leaders had this same virtue and mindset, consistently and constantly – a purposeful part of who they are.  Moral fortitude built in.

Well, you are not alone.  Every day, millions of people report to morally weak leaders, chicken leaders who run, cower, evade, deflect and may even project their blame for their own inadequacies onto others.

It is no wonder that the organisations they lead, or are leaders within, have toxic work environments where people are stressed, confused, overworked and lack any motivation or commitment. Here, teamwork is poor as is communication and collaboration. In these organisations exceptional talent walks out the door and those who stay become bitter and often sabotage progress.

By the way, this chicken leader could be the CEO, SVP, VP, Director, Manager, Supervisor or Team Leader – anyone in authority. None of these “titles” offer immunity from moral cowardice.

Remember, a toxic work environment exists because of a leadership vacuum where one doesn’t always feel psychologically or emotionally safe.

Here leaders don’t  have the courage of their own convictions nor the ability to empathise with employees. They see people as a means to an end.  Often, they lack the courage to embrace another’s good ideas, for example, and to say “well done” because such an act of deference, to them, is giving their power away to another. This is driven by their own moral weakness.  Ironically, they are in a position of “power” and are simultaneously highly insecure.

If you have worked for such a leader, then you understand the frustration, stress and emotional drain in having to work for them. It costs you psychologically as it diminishes your confidence and fortitude.

Over time you may feel less and less resilient and succumb to self-doubt and a loss of self-belief.

Elon Musk recently gave an ultimatum to Twitter employees. He said, “Going forward, to build a breakthrough Twitter 2.0 and succeed in an increasingly competitive world, we will need to be extremely hardcore and this will mean long hours at high intensity. Only exceptional performance will constitute a passing grade.”  This message was accompanied by a deadline of Thursday November 17th 2022, and a button to press if you opt in to it.

If you miss the deadline and/or don’t press the button to confirm your commitment you will be sent a 3 – month severance package, thanked for your service and terminated immediately.

Organizations are artificially created entities and so are completely under the will of the top leader to do (within the law of the land) what they wish – to shape them, organize them and to lead them. It is up to employees to choose to stay or leave if they don’t want to work in such a culture.  Such a fait accompli may be legal (in terms of local and national employment laws) but from a moral perspective, it is left begging.

But this is the world of work today and after reading such stories we are left with questions about the character and values of leaders, nevertheless.

The world of work has changed and employees today are more demanding and sensitive to the type of work and workplace they want to work in. The results (see below) of a Gartner survey sheds light on this.  Moreover, employees are now asking themselves what makes me happy and whole?  What truly satisfies me?  Where have I given away too much of myself for little return?

Satisfying modern employees requires a new type of leadership – a moral and courageous leadership focused on doing the right thing, putting people up there with profits and treating them with care and love.

Modern leaders now have to be even more convincing that their work environment is healthy and safe (psychologically and emotionally) for their employees and where they are valued and respected.

This requires moral leadership from leaders to do the right thing apart from setting the vision and strategy for the company. However, most leaders today are not clear as to how to accomplish this and are concerned about giving their power and authority away – which exactly is the point of a courageous leader. 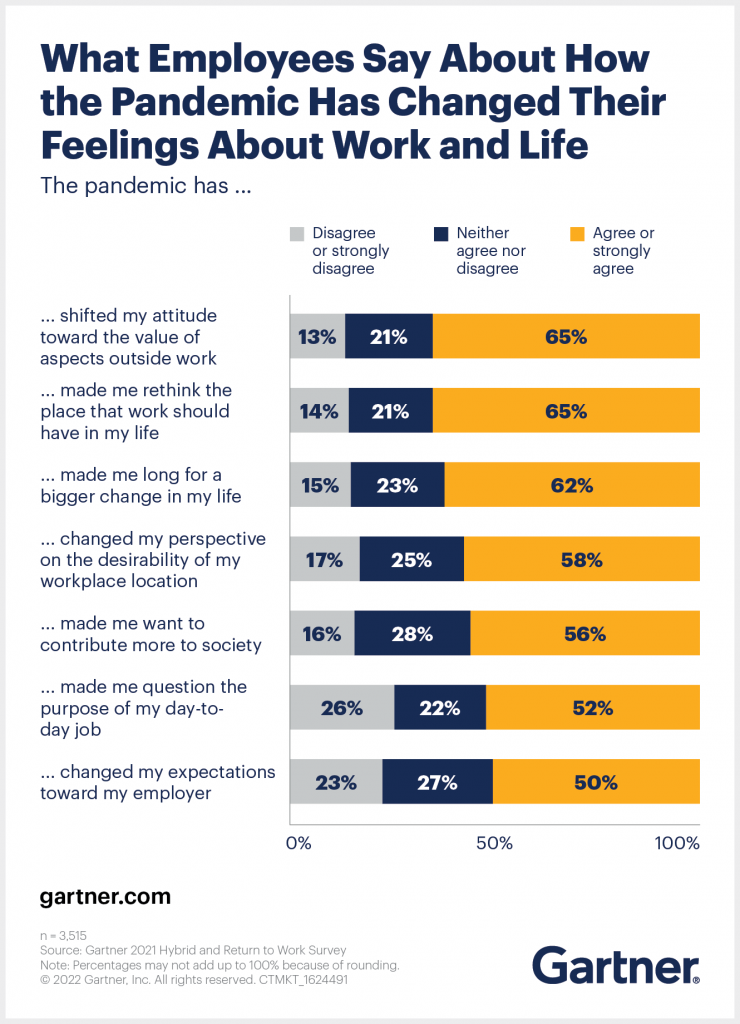 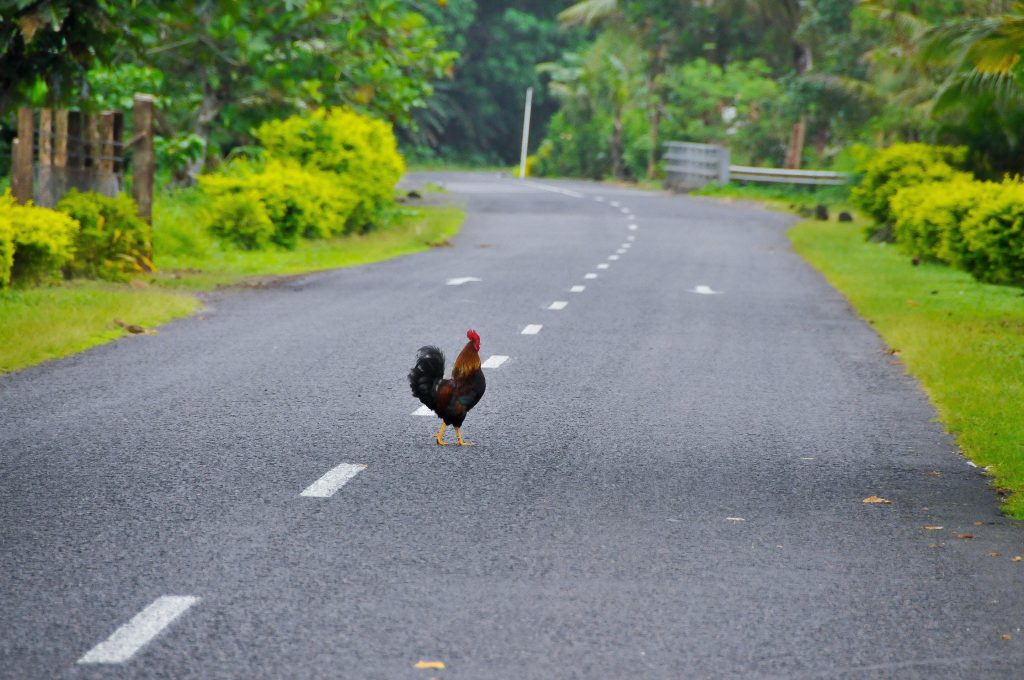 The mark of a great leader (at its extreme) is one who is willing to give his/her life for another.

The American Civil War was a bloody and vicious war. At least 618,000 Americans died and may have been high as 700,000. Casualties exceeded all of Americas other wars from the Revolution through Vietnam.

In the winter of 1862 General Robert E. Lee’s forces had claimed several key battlefields in the Eastern Campaign. One of those key battles was as one-sided a victory as a battle could be. It was the Battle of Fredericksburg. On December 13, 1862, Union forces began what was termed a desperate and eventual doomed assault on a heavily fortified position known as the “stone wall at the sunken road.”

After crossing a river, the Union confidentially took the town of Fredericksburg (Virginia) with little resistance. The confederate army had voluntarily given up the town so that they might fortify themselves along a stone wall at the base of a sloping hill. As the union army begin to approach the wall they were attacked and by the morning of December 14th over 8,000 Union soldiers had been shot in front of the stone wall. Many of those remaining on the battlefield were still alive, but suffering from their wounds, the cold and thirst.

During that night both sides were forced to listen to the cries and moans of those injured and dying soldiers for hours. A Confederate soldier stationed near the wall later stated that it was “weird, unearthly, terrible to hear and bear the cries of dying soldiers filling the air – lying crippled on a hillside so many miles from home – breaking the hearts of soldiers on both sides of the battlefield.”

An infantry sergeant for the Confederacy (Richard Rowland Kirkland) could not rest or sleep due to the suffering of the Union soldiers and that morning asked his commanding officer if he could scale the wall and provide water for the suffering Union troops. The commanding officer was reluctant at first because of the danger but later allowed him to. As he climbed the wall several shots were instantly fired thinking that Kirkland’s motives were to wound more, but after realizing what was happening shooting ceased. Richard made his way to each soldier comforting them the best he could by laying his jacket over one and providing water to the thirsty lips of all. For the next hour and a half, he would scale the wall several times with his canteen to get more water for his enemy. It was a moment that temporarily stopped the Civil War.

This exemplifies the highest calling of leadership. And it embodies the purpose of leadership. That purpose is to care and to serve.  It is courage personified and moral leadership at its best.

Moral courage, for a leader, means coming to work with that single-mindedness: to actively seek an opportunity to make a positive difference in someone’s life – no matter how you feel and without being self-consumed with your own problems and challenges.

It is not easy, and you will need the energy, confidence and singular determination to be the leader that truly makes a difference.  This takes courage and knowing right from wrong and putting yourself into the mix for another.

How is your inner chicken today?

I encourage you to get up every morning with this single thought: I will actively seek to make a positive difference in someone’s life today.

And don’t chicken out!!

Six things you can do to become a morally courageous leader

It's time to act

My focus is to help develop leadership character so that leaders have a clear and confident path as to what to do in leading with moral certainty and doing the right things for their people and their organisation.

It is not easy today but it is necessary.

Get in touch and let me help you get to that deeper level of leadership.

On a mission to help organisations and people be the very best versions of themselves so they can change the world. 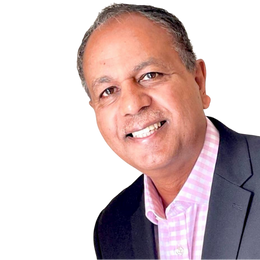