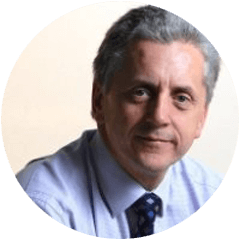 Mike is an outcomes focused executive focused on the combination of people, process, and technology to improve business performance. His experience covers both the private and public sectors. He facilitates large-scale transformation in both start-ups and small businesses, as well as very large-scale organisations. Well-versed in the governance arena, he strengthens processes and policies, identifies and mitigates key risks and pioneers board diversity to improve representation.

Mike’s executive career spanned more than 30 years in technology businesses, where he applied his skills to concentrate on the impact that technology can have on organisations and people. Crucial to this approach is Mike’s belief in visible active leadership as one of the crucial elements of success. He led the development and running of an executive development programme for his clients and their partners, which ran for 12 years, and partnered with leading academics in 4 business schools in the USA.

Both an innovative leader and adept communicator, he builds and mobilises empowered workforces, forges global strategic partnerships with multiple stakeholders and scrutinises performance to outline key areas of improvement. An influential voice in the board room, Mike shapes key decision making, provides strategic oversight and embeds consensus to unite teams under a shared vision and drive overall business growth.

Mike has also spent 15 years working with places in the UK to shape and deliver their economic strategies. Most notable was his leadership of an integrated private/public board to develop a sustainable, long-term economic strategy for Greater Manchester. As part of this strategy, Mike played his part in the development and negotiation on Greater Manchester’s significant devolution deals with the UK Government.

Although mainly focused on commercial organisations, Mike has also spent part of the last 20 years supporting several charities in the UK. The core of these organisations is the development of services that can support the most deprived or struggling people and parts of the UK. In 2005 he was asked to establish, develop, and direct a multi-academy trust of 1,200 pupils and built community outreach in one of the most deprived areas of the UK.

There are now 3 schools in the community, which have all raised academic standards significantly. The successful strategy of the schools has also been to raise community cohesion and local economic performance through its major community activities and programmes.