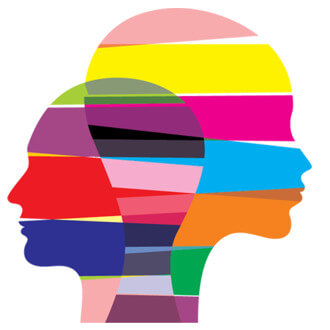 I was listening to a panel debate on Newsnight the other night when I had one of those light bulb moments! The panel was being chaired by presenter Emily Maitlis and included Senior Editor from Novara Media Ash Sarkar, novelist Anne Atkins, artist Tracey Emin and former Labour Party Deputy Leader Harriet Harman. The discussion was on women’s rights – and how far we had come (as a society) in making men and women more equal.

The debate was wide-ranging and ambitious – covering politics, art and media, sexual liberation, #MeToo and the workplace in the space of a 15-minute discussion. At times the discussion got sidetracked on to issues like health and rape and abortion which a couple of the panel members had particularly strong views on.

The light bulb moment came for me towards the end of the debate when Emily Maitlis turned the discussion to gender pay gap reporting and the reasons why women are still fighting for equal pay in the UK 47 years after the Equal Pay Act. Harriet Harman gave a largely factual initial response – citing the fact that one of the main reasons for this was that women still – in society at large – carry the burden for the bulk of child and eldercare. When asked by Emily Maitlis whether society, therefore, needed to rethink the role of men in society as well – Harriet Harman then said something like – “we can’t fight men’s battles as well.” That was when the penny dropped – and the light bulb lit up!

She is of course absolutely right – and therein lies the problem. Men voting for greater responsibility for child and elder care and taking more time off work is like turkeys voting for Christmas! Why would you do that? Ash Sarkar – the journalist on the panel – had spent a great of her airtime in the debate arguing that the key to all of this was power – and that until we equalise the power base between men and women – nothing would change. And again – who is going to (willingly and knowingly) vote to give away power?

I attended a meeting the other week at the Department for Education where I experienced a first. I listened to a presentation from a woman with her baby in a baby sling in front of her. The woman was at work on a keeping in touch day as part of her maternity package. I thought at the time how fantastic it was that she was a) able to do this and b) confident enough to make a presentation to a room of around 30 people with her baby in a baby sling. But this morning I’m thinking – how long will it be before I see a man doing the same thing?

“We” (and I’m talking to the men in the room now) need to change things – take more responsibility – and vote for Christmas! 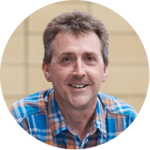 Paul Deemer is a guest blogger at nStratagem and is Head of Diversity and Inclusion at NHS Employers, UK. You can find out more about Paul in our People section and about his work at NHS Employers via LinkedIn or Twitter.